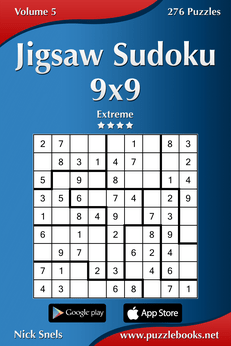 Jigsaw Sudoku 9x9 - Extreme is a collection of 276 puzzles: